The Time To Come 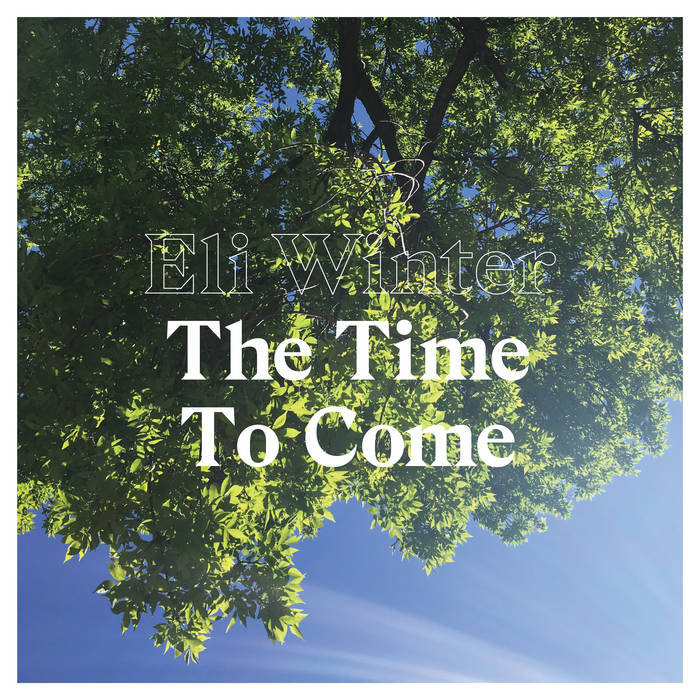 Here is The Time To Come, a striking debut from twenty-one-year-old Eli Winter. Winter is a full-time student, studying nonfiction at the University of Chicago, but here presents masterfully composed instrumental pieces for six-string, twelve-string, and electric solo guitar.

Winter has been playing guitar music ever since he was a young teen in Houston. “Guitar music,” he says, “is immersive in a way words rarely allow.”

"I’m always thinking about music,” Winter says. “I can’t turn it off. I don't just hear it, but visualize it as it’s happening. I can’t escape it. If I didn’t use music as an expressive tool, I’d go crazy, or stop blooming, wilt, die a metaphorical death.”

In The Time To Come, Winter remembers the dead, considers the dynamic nature of memory, and attempts to chronicle the nearly inexpressible difficulty of processing loss. Winter began recording sessions in Houston immediately after Hurricane Harvey, and this album's turbulent emotional landscape is in some ways a response to the devastation of the storm. The songs draw from the tools Winter’s honed as a young man and student: they’re mature, studied and self-assured. Taken together, they tell the story of that young man.

The record revolves around its title track, a meditation on the passing of a close friend. In the days after her death, Winter wrote a long piece for guitar in which every part would feel essential. “I wanted to conjure her through the music,” Winter says. "This song is the closest thing I have to a memory of her. He calls it aspirational: “How can you maintain hope in the face of grief?”

The Time To Come is rich, warm and evocative, marking an ambitious debut from a precocious young guitarist who’s ready to make waves.

“Eli Winter’s intimate, unaffected music suggests a kind of meditation-in-motion. Though the field of steel string guitar music is an increasingly crowded one, The Time To Come serves to further distinguish the precocious Winter as wheat amidst the chaff.” — James Toth

“Eli Winter’s debut is a most welcome apparition of solo fingerpicked swagger and wordless storytelling embellished by melodic chutes and ladders.” — David Grubbs

“Eli Winter’s music is triumphant...it stands on its own with confident originality.” — Cameron Knowler

Recorded by Will Csorba and Cameron Knowler.

Eli Winter is a guitarist and writer based in Chicago.
eliw97@gmail.com

Bandcamp Daily  your guide to the world of Bandcamp